A (Un)foreseen Path to Doing What I Love: Why I Joined Doppler 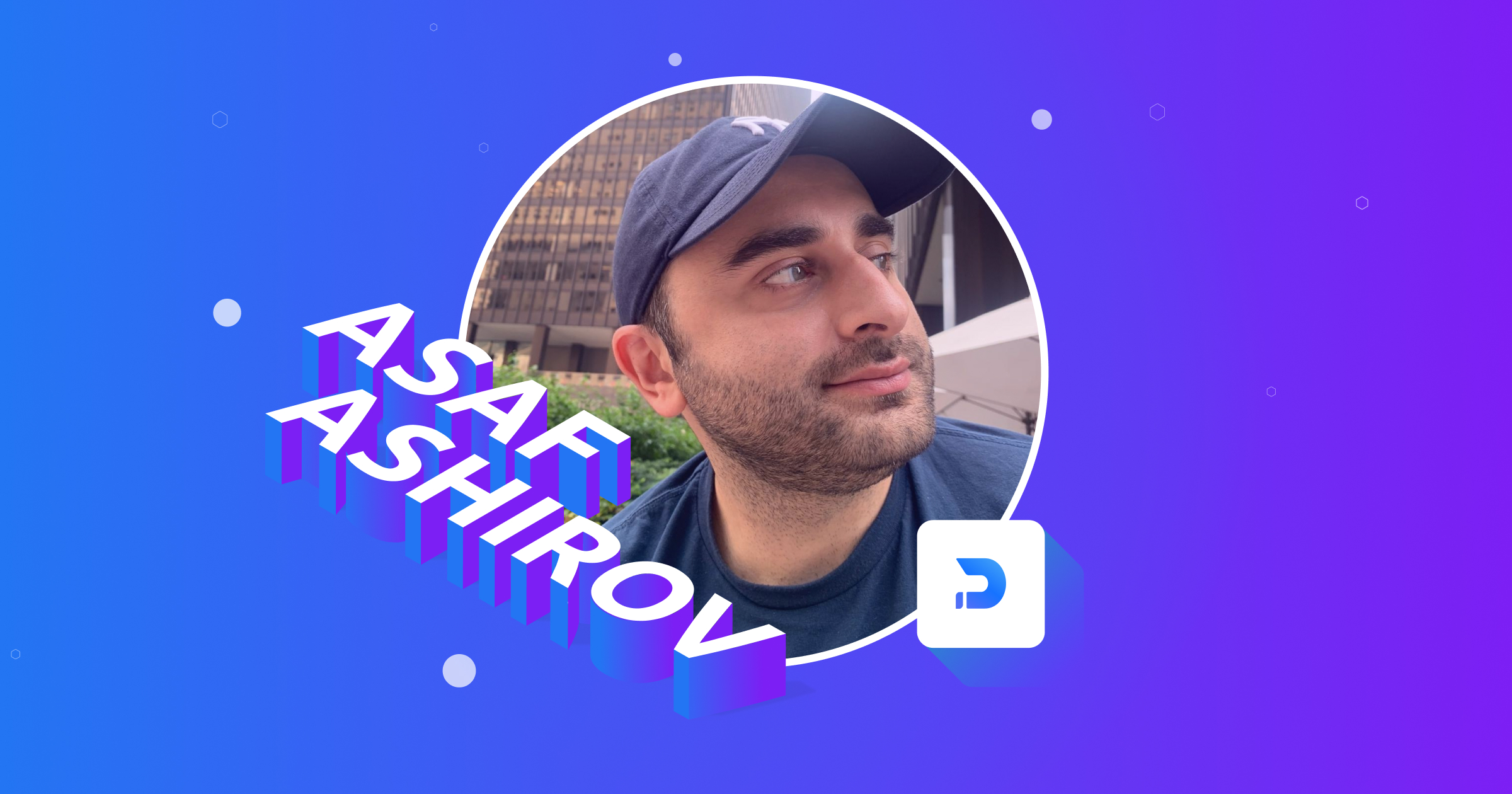 Having recently graduated from the University of San Francisco in the Summer of 2008, I was recruited to join Sun Microsystems as a Business Analyst to help the Software Go-To-Market team develop business models. A few months into my first career job, I sat in a conference room at the Menlo Park campus, that required security clearance to provide special access, which is now occupied by Facebook, little did I know I would be involved with helping shape the way people interact with software and thus impact how the pendulum swung looking out the next 13 years.

Just a year or so ago Apple released the App Store, enabling developers to make their vision a reality by building applications for consumers and organizations alike. And Sun Microsystems leveraged that opportunity given the millions of featured phones that embedded the Java ME platform. “We’re building a marketplace,” said one of the Product Management Leads. An unusual strategy, I thought considering Sun’s main focus at the time. But it made sense. Here we were, at the tipping point of the next wave of technological disruption. The necessary tools were now ubiquitous, previously exclusively accessible by commercial organizations, and Developers were at the forefront of the uprising. Why not enable them to build and share their creations with the world, not to mention spark an economic opportunity?

Long story short, several months were spent iterating a business model for the Java Store for mobile devices, which unfortunately never saw the light of day (primarily because smartphones were becoming prevalent and were run on one of the three major mobile operating systems at the time, something Sun didn’t have a stake in). But the lesson was imminent - it wasn’t about the end-goal at that moment in time, it was the passion for designing and building products that people love that would cross-pollinate through Silicon Valley and eventually around the world.

The widespread adoption of Developer Tools enables people to build things not only to solve predefined problems but also as a means to an end, something that Doppler helps facilitate for developers. I like to think that everyone has a vision. Being able to apply it and execute on it accordingly, is another thing. The motivations are often synthesized through generational trends, economic opportunities, and social pressures. But the most powerful of them all is pure, sincere passion. The very thing that allows people to persevere.

A couple of years after the start, Sun was acquired by Oracle and it led me to a 4 or so year stint with the company, where I learned about the infrastructure that powers the very workflows software engineers use to run their applications and eventually threw me to the next stage of computing, where I again found myself in a place where we, as a company, were trailing behind the next wave of disruption, this time catching up to Amazon Web Services dominance in the Cloud. Finding myself stuck and unmotivated, I thought it’s time to do what I’ve long been holding in the back of my mind -- start a company.

At the time I was helping a friend digitize his tour company by building a web app and distributing the offering globally through growth channels, something completely off course from the recent responsibilities I’ve had. It proved to be a successful project and something I rather enjoyed doing -- figuring out how to apply one of the most difficult things in business, scaling. So I decided to resign from my steady PM role at Oracle and start a digital agency. Aside from my time at Sun Microsystems, this proved to be one of the most valuable learning experiences I’ve had to date. Building from scratch is fun but scaling it continuously is hard work. It pushed me to get outside my comfort zone and experience first-hand what building a company is all about. Fortunately it proved to be a fairly successful venture but I wouldn’t be able to scale it further without bringing on investors and additional resources, something I thought long and hard about. Ultimately, the decision to close down Savalabs after a couple of years of hard work boiled down to wanting more freedom so I can spend time with family and friends. Getting back into the workforce around focussed on cloud infrastructure felt like the most sensical thing to do as I was still drawn to cloud infrastructure and felt like I wanted to converge and expand on what I’ve learned through the previous experiences.

I recognized rather slowly that although I learned a lot at larger organizations, I’ve been deprived of the excitement and fast-paced environment that comes with working at relatively smaller organizations. Most of the people I worked with had similar mindsets and a get sht done, make sht happen attitude. However, something was still missing. I was improving, which was fine, but didn’t really get the chance to build from the ground up and mold the direction of my initiatives based on how I saw fit. The de facto was that most workflows are already in place at startups pushing an exit so making an incremental impact just happened to follow suit as a byproduct of the circumstances.

From 2016 to 2019, I worked on numerous projects ranging in various verticals at companies in the likes of Inttra, Comodo Cybersecurity, and UCSF Health. Although different in the product and audiences they serve, the role was now clear and unified: to grow adoption of products people need using digital means. After having completed the contractual assignment at UCSF Health, I decided to get back to the discipline where it all started: software for cloud infrastructure. Having the opportunity to join either Facebook or HashiCorp, it was a no-brainer considering what I wanted to do next.

However, the feeling of making an incremental impact at a steady pace settled shortly after joining Hashicorp. Several months into the role, I received an email from Albert, our head of recruiting, in regards to a Head of Growth role at Doppler. Having read about the company several months back, I was somewhat familiar with the product and its unique proposition that helps developers secure and manage secrets & environment variables. It’s a subtle offer, yet unique and untapped as the category continues to be refined.

I was somewhat hesitant at first considering I was just starting to make some headway at my current role at HashiCorp but I could not ignore the draw. Shortly after I got off the screening call, I felt unusual about the experience. It’s uncommon to be put on the spot and be asked mostly about my experience and what I wanted to do instead of the other way around. The one thing that really stuck out was the friendly, unprecentious tone that was so naturally used. I proceed to do more research. Here’s an up-and-coming company that’s getting traction in a space where it all started for me - developer tools. Incubated out of Y-Combinator, an exhaustive list of well-known mentors and advisors, funding from reputable VCs such as GV and Sequoia, not to mention team members who I knew I had to meet.

After the final rounds of interviews, where I met the remainder of the team, presented the 30/60/90 day plan, and got to ask anything I wanted (literally anything as it was an Ask Us Anything session), I walked away in awe. I found a company of passionate individuals, talented in their own respective ways, who all, collectively, give a sh*t about building a product that uniquely solves a problem for people that truly enjoy using it. Uncommonly throughout my experience, during the final onsite interview I definitely felt the vibe; it’s hard to explain but the best way to sum it up was we got eachother. I guess we shared a passion for critical thinking, nerding-out on unique problems, and doing better for a collective cause. The decision was unprecedented when I sat pondering if I should accept the offer, trying as hard as I can to find a flaw, to no avail.

Today I think back and connect the dots to realize in some ways it all happened for a reason. But my more enlightened self knows if it wasn’t for the pursuit, this opportunity may have never occurred. I’m fortunate to have gone through extrinsically motivated career progressions so that I can finally find the right fit, working on defining a strategic vision with a clean slate and clear vision. I guess it all boils down to how Mitchell Hashimoto, one of the co-founders of HashiCorp, so eloquently put it, “ Do what you love, not what others expect! ”